What You Don’t Know About a Pill Could Kill You 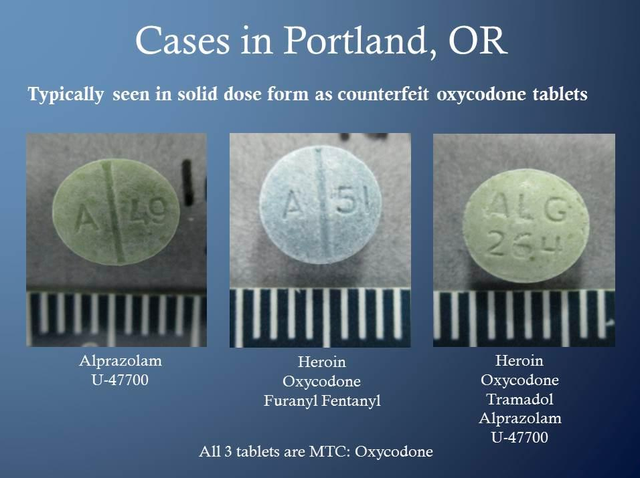 Through our work in addiction medicine, the CleanSlate team is on the frontlines of the vast human suffering caused by the opioid epidemic. Some of the most tragic stories we currently encounter involve counterfeit medications.

Last year, at the Healthy Tennessee Opioid Summit, Carrie Luther shared the story of her 29-year-old son, Tosh. After Tosh came down with a case of hives that was keeping him up at night, a friend gave him a Xanax to help him sleep. As instructed, Tosh took one quarter of one pill. Unbeknownst to Tosh or his friend, the Xanax was actually fentanyl. From just a sliver of one pill, Tosh ingested thirteen times the lethal dose of fentanyl and died within 30 minutes from an overdose.

Fentanyl, a synthetic opioid that is cheap to make and easy to acquire, is increasingly being found in counterfeit medications, and experts are alarmed at the number of people who are overdosing. Pills that contain fentanyl, which are made both domestically and overseas and then sold online, have a much higher correlation with overdose and death, especially if users are unaware of their actual content.

And many people aren’t aware that they’re using counterfeit medications. Even a celebrity like Prince isn’t immune to this confusion; he died after taking a fake Vicodin that was laced with fentanyl.

“You can put them side by side and can’t tell the difference,” warned Douglas Rohde about counterfeit medications. Rohde works as Supervisor of Chemistry and Toxicology at the Lake County Crime Lab in Ohio. “Now the quality is so professional that not even the pharmaceutical companies that produce them can tell what is produced illicitly.”

Accidental overdoses at all-time high because of fentanyl

The National Safety Council issued a report this week that the odds of accidentally dying from an opioid overdose in the U.S. are now greater than those of dying in a car accident, as well as from deaths caused by falls, pedestrian incidents, drowning and fire.

“Too many people still believe the opioid crisis is abstract and will not impact them. Many still do not see it as a major threat to them or their family,” said Maureen Vogel, spokeswoman for the National Safety Council in an email to CNN. “These data show the gravity of the crisis. We have known for some time that opioid overdose is an everyday killer, and these odds illustrate that in a very jarring way.”

Fentanyl is believed to be a driving force in the rise of overdose deaths, which reached 70,000 in 2017, marking a new peak in the opioid epidemic. A report in December found that fentanyl surpassed heroin as the most commonly used drug in overdose deaths in the U.S. in 2016.

According to Partnerships for Safe Medicines, a San Francisco-based nonprofit, officials have discovered counterfeit drugs made with fentanyl in 44 states, and have determined these fake drugs to be a cause of death in 26 states. When the National Association of Boards of Pharmacy (NABP) reviewed 12,000 online drug outlets selling prescription medications to U.S. patients, the organization found that about 95 percent were noncompliant with state and federal laws and NABP standards.

Across the country, law enforcements and drug companies are sounding alarms after large numbers of accidental overdoses linked to counterfeit drugs:

How to protect yourself

While the overdose-reversing drug Narcan is immediately rescuing many people who have overdosed, this drug isn’t equally effective on counteracting every substance. When a user is overdosing from fentanyl, far more Narcan is required to revive that person than if they were overdosing from heroin or oxycodone. And Narcan is even less effective on reviving someone who has used Carfentanil, which was made to be used on large animals like elephants.

The flood of deadly counterfeit drugs on the market makes it more important than ever to beware of where one purchases medications. While law enforcement and drug companies struggle to stop online sales of counterfeit medications, individuals must take steps to protect themselves from accidental overdoses through extreme vigilance in understanding the source of their medications. Experts warn users to never buy prescriptions on the black market, only from licensed professionals.

Even if you don’t consider yourself suffering from addiction, anyone who uses medications is at risk. After all, it only takes one bad pill to cause a fatal overdose.

“Any pill not purchased from a pharmacy should be considered counterfeit,” said Dr. Paul Lewis, a health officer in Multnomah County, Oregon. “You will almost never be getting what you think you are buying, even if it looks legit. And that deception could kill you.” 4 Steps To Protect Your Kids From Opioid Addiction

Dr. Cohen, Chief Clinical Officer of CleanSlate, is responsible for the clinical and quality oversight of CleanSlate’s services as well as continuous improvement and development of CleanSlate’s model of care. A part-time clinical provider at CleanSlate since 2010, Dr. Cohen joined the CleanSlate leadership team full-time in the summer of 2018, bringing over seventeen years’ experience of leadership in direct care, managed care, and public policy. Board certified in Addiction Medicine and Family Medicine, Dr. Cohen is widely recognized as a leader in substance use disorder care, health care integration, primary care, and chronic pain management. In her previous roles as Medical Director of Neighborhood Health Plan of Rhode Island and as Medical Director of Behavioral Health and Quality at BCBS Rhode Island, Dr. Cohen led initiatives that expanded access to addiction treatment across the state and served as regional and national models. Dr. Cohen earned a Bachelor of Arts degree in psychology from Barnard College and a Doctorate in Medicine from University of Pennsylvania School of Medicine where she was one of the six inaugural Twenty-First Century Scholars.