Law Enforcement is Changing Its Response to the Opioid Epidemic. Here’s How. 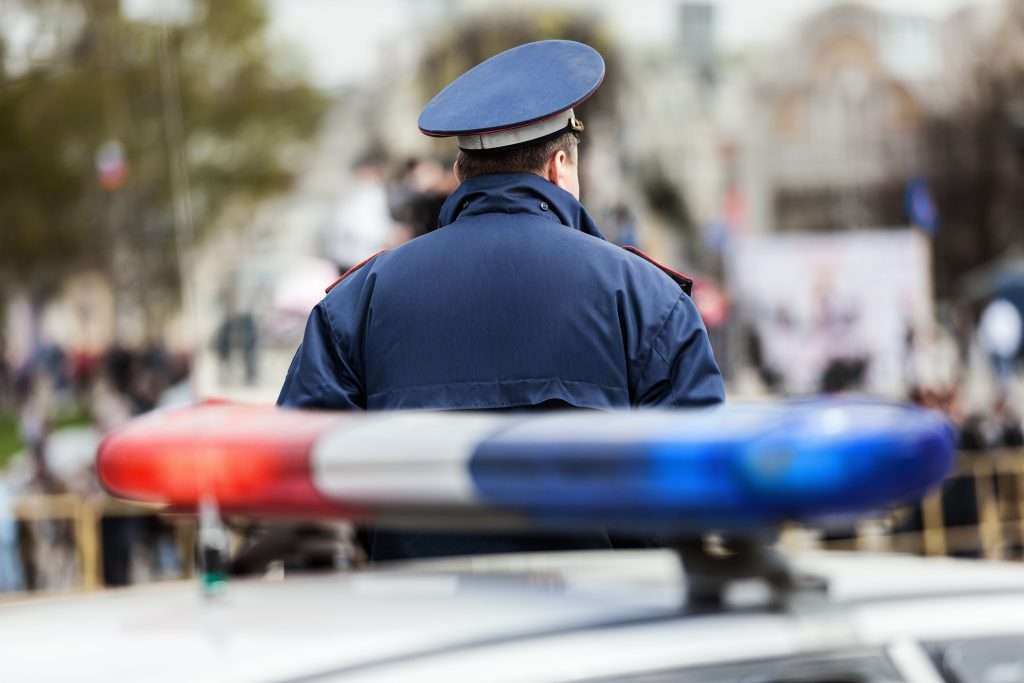 As the opioid epidemic has escalated across the country, law enforcement has found itself on the frontlines of a humanitarian disaster. Until recently, officers were never trained and departments were never built to handle the volume, severity and complexity of emergencies connected to a single ongoing crisis like the one that is currently besieging American communities from coast to coast.

In a medium-size police department, budgets are tight, manpower is limited, and an average officer is already overwhelmed by the amount of calls for service daily. When you add to this officer’s daily shift a half-dozen assists to overdose victims, where officers are called to administer the overdose-reversing drug Narcan (naloxone), an officer’s job becomes substantially more difficult.

I have seen the way that the opioid epidemic has strained law enforcement through personal experience, having served as a Police Chief in the Columbia City Police Department in Indiana for a total service of 21 years. I now work with CleanSlate, a national addiction medicine group that operates more than 50 outpatient centers for medication-assisted treatment (MAT). CleanSlate collaborates closely with law enforcement partners in every community that we serve.

By the nature of their jobs, police officers are problem-solvers who want to find solutions and enforce laws. The dilemma that the opioid epidemic presents to law enforcement – and to society at large – is that the punitive part of law enforcement, which equals incarceration, fails to address the root problem, which is the disease of addiction.

When I was on the job as a police officer, I personally found it perplexing that nothing we did seemed to deter the use of heroin or the distribution or selling of this drug. Years later, we still see that incarceration isn’t stopping the recidivism rate of opioid users, nor is it slowing the progress of those who are distributing opiates.

In most communities that I collaborate with, 80 percent of the inmate population is incarcerated for drug-related offenses. But the opioid epidemic rages on like an out of control wildfire.

Amidst this roaring wildfire, I find that officers choose one of two paths: apathy or empathy.

Unfortunately, some officers choose apathy. They may harbor judgments against drug users, looking at addiction – as so many do – as a moral failing instead of a disease. These officers aren’t really seeking out the kind of collaborations that will make a difference in their communities. Instead, they’ve resigned themselves to a status quo that they know isn’t working.

I encourage officers to educate themselves on how opiates affect the brain. Many of my friends in law enforcement would not be able to go a single day without coffee. Think of the draw that caffeine has on your brain, and the reward system that is so established with that habit. For someone who is using opiates, magnify that by an order of magnitude. I ask fellow officers: can you take the draw that you get from coffee, multiply it by one hundred, and simply push that coffee away permanently.

The same goes for opioids. Very few people can just flip a switch on this one; in medical fact, it’s almost impossible.

That’s why we on the frontlines of this epidemic need to learn the science behind addiction and understand the medical and behavioral support required to place someone on the road to recovery.

For me personally, the stigma of drug addiction was broken when my friend’s son died. This was a young man who was not what society would stereotypically see as a heroin user, and it forced me to look at addiction in a new light. I became educated about this disease and how it must be addressed through medical and behavioral treatment.

Apathy doesn’t work. Empathy is the only way forward, and law enforcement can play a major role. I believe that it’s our job to spread education and training to those officers who are unaware and uneducated in the medical and behavioral side of the addiction sphere.

We can’t arrest our way out of this crisis

Most police officers don’t want to arrest the person using drugs any more than they want to go. We would prefer to help that person make good decisions.

Those of us who are current or former officers who have evolved our mindsets about the opioid epidemic understand that you can’t arrest your way out of this problem. We know that collaboration is what our communities need, and that it’s essential to partner with MAT providers and other treatment and mental health providers to help with all of the complex aspects of drug addiction.

We just can’t sit on the bench with this issue, and we can’t silo ourselves. This problem is complex and requires every community stakeholder to work together. I’m encouraged that the law enforcement community has begun to organize a coordinated response to this crisis that is showing signs of success.

When we at CleanSlate enter new communities, I try to get as many area police departments as possible to partner with us to address the mental health side of the opioid problem. The objective is to find solutions for recovery that will make a difference. We join the opioid task forces in every community we serve, groups that have representation from all aspects of this issue, including the medical and behavioral. I find it promising that now we almost always see law enforcement representation within these groups.

The most successful police departments that I’ve seen around any issue are the ones that are integrated into communities, and this certainly holds true when it comes to addiction. Integrated departments get to know people on a first name basis in their communities and have community collaborations with clear lines of communications across the medical, behavioral and social services spheres. They begin to organize into crash teams with trained responses to overdoses that go beyond administering Narcan and into prepared services that help families understand where to go for treatment and other kinds of help.

The communities where I see police departments, courts, and prosecutors being successful and lowering the deaths from overdoses are the ones where I see close partnerships with local hospitals, behavioral centers and MAT programs. These departments are designing programs that are placing patients in immediate treatment instead of incarceration. Without this kind of integration, no matter how solid the department is on its own, you’re going to see large rates of recidivism.

The best example of the movement amongst law enforcement to integrate and respond in more successful ways to the opioid epidemic is PAARI, the Police Assisted Addiction & Recovery Initiative. PAARI is a community policing movement to create non-arrest pathways to treatment and recovery, with a vision of making non-arrest diversion programs a standard community policing practice across the country. The objective with this approach is to reduce overdose deaths, expand access to treatment, improve public safety, reducing crime, divert people away from the criminal justice system, and increase trust between law enforcement and their communities.

Cross-sector collaboration and partnerships are vital to PAARI’s programs, and they are often supported by clinicians, social workers, recovery coaches, and/or trained volunteers. An article published in the New England Journal of Medicine showed that police-led referral programs outperform placement programs available in healthcare settings by nearly double.

Drawing on high-quality evidence, PAARI is guided by 10 standards of care for police departments. PAARI believes that these 10 guidelines, developed by experts in public safety and public health, can collectively make a big difference in the opioid epidemic:

Just as homicide is the leading indicator for violence, the standard of care for departments should be to work with public health agencies toward the goal of reducing overdose deaths, using data-driven approaches and rigorous research to drive our strategies and measure effectiveness.

Naloxone saves thousands of lives each year. To reverse otherwise fatal overdoses, the standard of care for departments should be to equip and train officers in the use of naloxone.

3. Educate on addiction and stigma.

As respected and influential voices in their communities, police departments and health departments should work together to support training and public education on addiction to dispel the stigma surrounding people with substance use disorders. Within police departments, the standard of care should be for this training to be part of the naloxone program.

To save lives from overdose, address opioid addiction, and reduce recidivism, the standard of care should be for departments to equip, train, and recognize officers for helping people in need to access effective treatment that offers all three FDA-approved medications, including as alternatives to arrest.

To save lives from overdose, address opioid addiction, and reduce recidivism, the standard of care should be for departments to advocate for on-demand access, in the community, to addiction treatment that offers all three FDA-approved medications.

6. Advocate for treatment for those who are incarcerated or under community supervision.

To save lives from overdose, address opioid addiction, and reduce recidivism, the standard of care should be for departments to advocate for access to effective treatment that offers all three FDA-approved medications for individuals in jail, in prison, and under community supervision with the appropriate transition to continuing care.

To reduce HIV and hepatitis outbreaks, protect of officer health, and help individuals reach treatment, the standard of care should be for departments to collaborate with public health and community-based agencies to support well-managed syringe service programs.

To prevent death due to fentanyl and its analogues, the standard of care should be for departments to explore efforts with public health and community partners to help individuals detect the presence of fentanyl in their drugs.

The standard of care should be for departments to explore with their public health, law enforcement and community partners the evidence on the efficacy of supervised consumption spaces to connect people to treatment and reduce overdoses.

To facilitate an effective and broad response to the opioid epidemic, the standard of care should be for departments to work to make sure that Good Samaritan laws are understood and implemented consistent with the spirit and intent of the legislation.

PAARI’s outcomes have been promising so far, such as:

As the frontline responders to the gravest health crisis of our time, police departments have a unique opportunity to change mindsets and outcomes. I encourage every department in the country to become a part of PAARI and evolve the way that they’re responding to addiction in their communities. To learn more about how your department can join this free movement, visit PAARI at https://paariusa.org.

CleanSlate is proud to be a sponsor of PAARI’s upcoming conference at the Harvard Medical Center on December 6th & 7th. Stop by our table and let us introduce you to the life-saving services that CleanSlate is bringing to communities across the country.

Just Out Of Jail And Desperate To Avoid A Relapse: Jessica’s Story

Addiction Crisis In The Workforce: How Employers Are Combating The Opioid Epidemic

Michael Petersen is an Expansion Business Partner for CleanSlate, a leading national medical group that provides office-based outpatient medication treatment for the chronic disease of addiction, primarily alcohol and opioid use disorders. Prior to joining CleanSlate, Mike served as a Police Chief in the Columbia City Police Department in Indiana for a total service of 21 years.