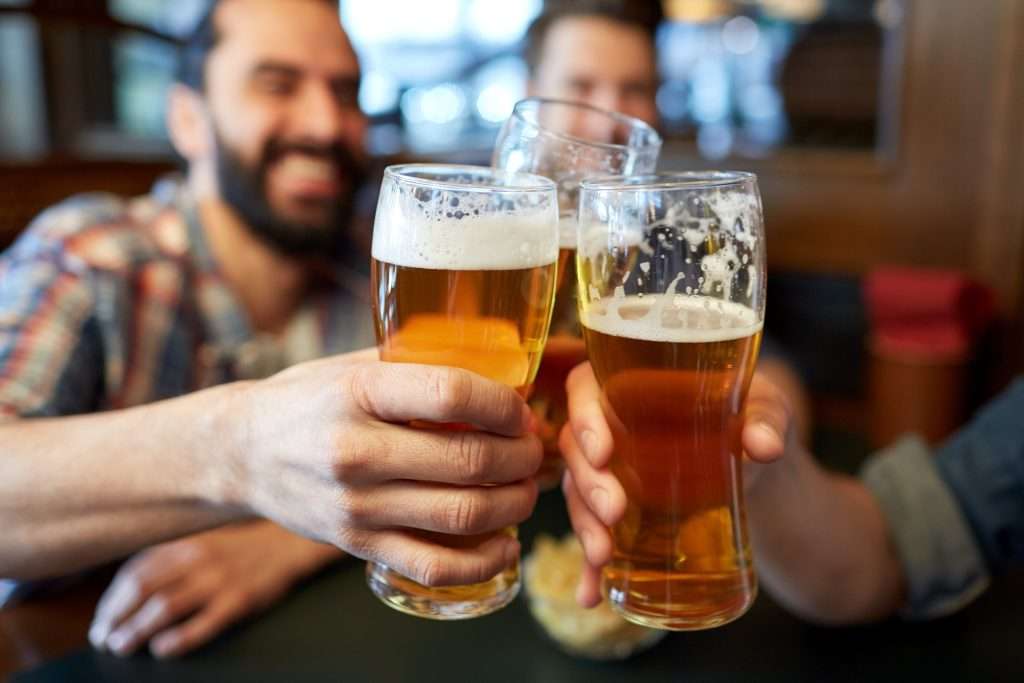 A few nights ago, I was proud to attend the ribbon cutting event for CleanSlate’s new medication-assisted treatment (MAT) center in Milwaukee. Given that Milwaukee, like every corner of America, is besieged by the opioid epidemic, perhaps it wasn’t surprising that three news stations covered the event. Cities are starving for signs of progress, and CleanSlate is quickly opening centers across the country (33 and counting) to help desperate patients suffering from the disease of Opioid Use Disorder (OUD). What makes CleanSlate’s outpatient model so exciting is that we can deliver evidence-based, quality care at scale, and can quickly ramp up to have a major impact on the communities we serve. That’s good news worth covering.


But Wisconsin has another major problem with substance use disorders that gets less attention than opioids: alcoholism.

This was driven home in discussions with our staff, the legislators and local community stakeholders that joined our event. Alcohol Use Disorder (AUD), like OUD, is a different manifestation of the same disease: addiction. CleanSlate treats both, and we often see the two disorders co-existing at the same time.

Maybe alcoholism seems like old news, and therefore many people – in Wisconsin and elsewhere – aren’t aware that traditional treatment methods and social supports such as Alcoholics Anonymous (AA) can be effectively augmented by treating this disorder with medication.

Wisconsinites are, of course, not alone in struggling with the chronic brain disease of addiction, but there may be more of them waging the battle with AUD than in most states. While data changes year to year, a 2015 study by the Seattle-based Institute for Health Metrics and Evaluation found Wisconsin to be the heaviest-drinking state in the country, with one of its counties – Menominee County – having the highest rate of binge drinking in the country at the time. The same study noted that twelve percent of Wisconsin residents had reported engaging in heavy drinking in the previous 30 days, with the average number of drinks consumed by an individual per year in Wisconsin standing at 148 drinks higher than the national average.

Within recent years, Wisconsin ranked highest not only for binge drinking in the country, but also for intensity of drinking, with adult Wisconsinites reporting that they drank an average of nine drinks per occasion, according to a 2013 study by the University of Wisconsin Population Health Institute. While most states see around 50 percent of its citizens over the age of 18 drinking regularly, in Wisconsin that number has been close to 65 percent.

More recent studies have seen Wisconsin drop in the rankings of heaviest drinking states, based on the latest data of per capita alcohol consumption. The National Institute on Alcohol Abuse and Alcoholism found that the Wisconsin currently ranks eighth amongst states for heaviest drinking (New Hampshire is now #1).

That’s great progress for Wisconsin, and the state deserves recognition and ongoing support to continue to bend the curve.

But Wisconsin residents as a whole nevertheless consume on average more alcohol than those in most other states, and the the consequences for Wisconsin are huge. As reported by the Badger Herald, in 2011, excessive alcohol consumption led to more than 1,500 deaths, 48,000 hospitalizations, and 60,000 arrests. Alcohol-related car crashes led to 223 deaths in 2012, but even more people died from alcohol poisoning, alcohol-related falls, and alcohol-related suicides than drunk driving. The UW report tallied the economic impact of Wisconsin’s excessive alcohol use at $6.8 billion every year, including costs for lost productivity at work, death, health care, criminal justice and motor vehicle crashes.

What’s contributing to Wisconsin’s drinking culture, as Julia Sherman, Coordinator of the Wisconsin Alcohol Policy Project, characterized it to Wisconsin Public Radio? “Two of the biggest ones are the availability of alcohol and the acceptability of alcohol use, the social norms of a community”, Sherman noted, citing findings from the Seattle study. A third one that the researchers mentioned is the affordability of alcohol. Alcohol is very cheap in Wisconsin.

That said, the CDC points out that the overwhelming majority of heavy and binge drinkers in any state aren’t alcoholics – with only 10 percent in each group meeting the criteria of suffering from the chronic brain disease of addiction (although they may have an AUD). But heavy drinking can lead to alcohol misuse, which over time affects the brains of sufferers and becomes a chronic disease that is difficult to overcome through willpower alone.

Using medications to help patients with AUD treatment isn’t new. But innovative models of outpatient treatment, like CleanSlate, are making it easier for patients to access a full spectrum of care that includes medication for drug rehab. This evidence-based step is another option that expands the possibilities for patients deciding which individualized treatment approach works best for them, which we and every treatment provider should always respect above all.

The FDA has approved four different medications to treat alcohol use disorder, as part of a comprehensive treatment program that includes psychosocial supports: Naltrexone (ReVia, Depade), Naltrexone for Extended-Release Injectable Suspension (VIVITROL), Disulfiram (Antabuse) and Acamprosate Calcium (Campral). Clinicians assess each patient’s unique needs and decide upon the combination of addiction treatment that will be most effective, as part of a broader program of care.

At CleanSlate, patients engage with us in a variety of evidence-based psychological and social treatments, including counseling time with providers. Some patients may need additional services from a mental health provider or intensive counseling programs, or sometimes even inpatient care. The CleanSlate staff can help those patients find an appropriate mental health and/or inpatient provider in the community.

Heavy drinking and binge drinking aren’t just high in Wisconsin and the other states in the top 10; both types of consumption are rising across the country, and recent research shows that AUD is rising even faster among women. It’s important for people everywhere to be more broadly educated about the evidence base for AUD treatment, and the critical role that medication can play in recovery.

One of our core beliefs about fighting addiction is Together we succeed. That means that no singular approach is a one-size fits all, and patients deserve the widest array of options to manage their disease. Organizations like AA are supportive of patients who also seek out medical treatment, and we in turn honor and encourage the tremendous value of these kinds of behavioral and spiritual programs. CleanSlate looks forward to partnering with the full range of psychosocial programs in the city of Milwaukee, the state of Wisconsin, and all parts of the country to maximize the chances of success when people suffering from the disease of addiction seek help.

Here’s the Real Killer in our Opioid Catastrophe

Veterans Day Mission: Save our Heroes on the Opioid Battlefield at Home