Emergency Rooms are Starting to Treat Addiction Patients Like They Have a Disease. Because They Do. 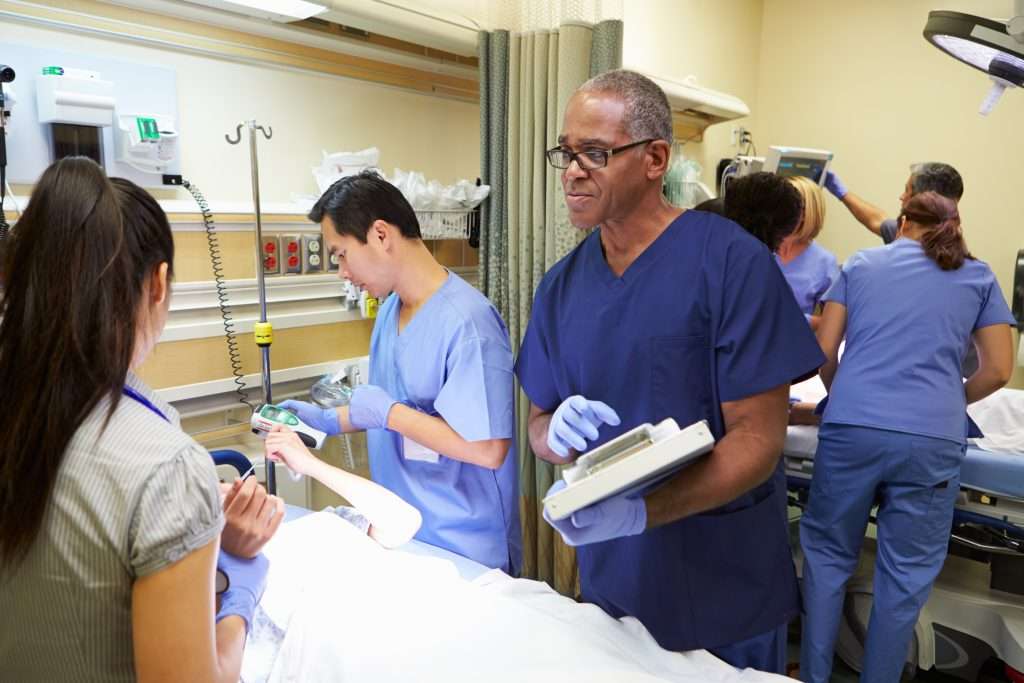 For reasons related largely to stigma and lack of understanding about addiction, the mainstream medical industry has long been reluctant to integrate addiction treatment into the traditional healthcare system.

But as the opioid epidemic grinds on, experts and policymakers are recognizing that the old solutions aren’t working. More people are suggesting that medication-assisted treatment (MAT) should play a significant role in how we help people with addiction, and that this treatment should be approached as part of the standard patient-doctor experience.

Some leaders around the country are acknowledging that one of the best times to engage people in addiction treatment is during a visit to the emergency room, especially during withdrawal or after an overdose. Massachusetts, for example, has now enacted legislation to mandate that all ERs in the state treat addiction patients with medication.

If more widely adopted, this shift could help people who suffer from addiction immediately begin medical treatment and stem withdrawals, thus minimizing or avoiding relapses that might find them back in the ER.

Highland Hospital in Oakland, Calif. is amongst the small number of emergency departments that is now giving its patients addiction treatment on-demand, not just after patients have suffered an overdose.

“With a single ER visit we can provide 24 to 48 hours of withdrawal suppression, as well as suppression of cravings,” said Andrew Herring, MD, emergency medicine specialist at Highland leading the buprenorphine program, as reported by The New York Times. “It can be this revelatory moment for people — even in the depth of crisis, in the middle of the night. It shows them there’s a pathway back to feeling normal.”

It seems logical for ERs to actually treat overdose patients, not just stabilize them.

A JAMA study in 2015 found that  patients who started buprenorphine treatment in the ER were almost twice as likely to remain in addiction treatment compared to other participants, who were referred to treatment elsewhere. Those who received addiction medication in the ER also reported less than half the days of illicit opioid use per week as the other groups.

But currently, when a person who has overdosed or is suffering from withdrawal enters the emergency rooms of almost any hospital in the U.S., this isn’t what happens. Instead, the patient is revived or stabilized and then discharged as soon as possible, pushed out the door with pamphlets and phone numbers for treatment facilities.

The hope is that this patient – who is in the throes of a chronic relapsing brain disease that might have nearly claimed his life hours before – will somehow pull together his faculties and resources to connect with a facility where he can quickly receive addiction medication. Once engaged in a MAT program, this patient has higher odds of avoiding a repeat trip to the emergency room.

That’s the hope. The reality is that most patients are unable to seamlessly access providers who can start them on a MAT program. All too many patients instead revolve in and out of ERs like a carousel, as they relapse and overdose multiple times.

That is, if they’re lucky and can make it to the ER in time.

This isn’t how the medical establishment treats patients who suffer from any other chronic disease, whether it’s diabetes, heart disease, or cancer. ER staff doesn’t just revive those patients after a medical emergency; they coordinate with doctors and specialists to ensure that those patients receive treatment for their underlying disease. Physicians who treat patients with chronic diseases incorporate that part of their medical history into the patient’s overall treatment plan.

Read our blog: Stigma Against Addiction Medication Fading, Ringing in Hopeful Signs for Opioid Epidemic in 2019

Part of the challenge for hospitals is finding longer-term care for patients after they’re released. There simply aren’t enough high-quality, affordable (see Paying for Rehab in Williamsport) providers of addiction medications like buprenorphine, especially in regions outside of major metropolitan areas.

Many patients – especially at their weakest and most vulnerable, right after being discharged from the ER – aren’t capable of navigating the sometimes complicated barriers to addiction treatment, especially the barrier of lack of access. These numbers must change so that everyone who wants treatment for their disease can access high-quality care. CleanSlate is doing its part to expand its MAT services as quickly as possible, especially into underserved communities, and we join a community of other providers who also want to meet the overwhelming need for medication treatment across the country.

I know I speak for many others on the MAT frontlines when I express sincere hope that addiction medication continues to become more integrated into mainstream medical care, and that more ERs begin providing on-demand addiction medication as a first step for people in crisis.

What You Don’t Know About A Pill Could Kill You

Dr. Cohen, Chief Clinical Officer of CleanSlate, is responsible for the clinical and quality oversight of CleanSlate’s services as well as continuous improvement and development of CleanSlate’s model of care. A part-time clinical provider at CleanSlate since 2010, Dr. Cohen joined the CleanSlate leadership team full-time in the summer of 2018, bringing over seventeen years’ experience of leadership in direct care, managed care, and public policy. Board certified in Addiction Medicine and Family Medicine, Dr. Cohen is widely recognized as a leader in substance use disorder care, health care integration, primary care, and chronic pain management. In her previous roles as Medical Director of Neighborhood Health Plan of Rhode Island and as Medical Director of Behavioral Health and Quality at BCBS Rhode Island, Dr. Cohen led initiatives that expanded access to addiction treatment across the state and served as regional and national models. Dr. Cohen earned a Bachelor of Arts degree in psychology from Barnard College and a Doctorate in Medicine from University of Pennsylvania School of Medicine where she was one of the six inaugural Twenty-First Century Scholars.