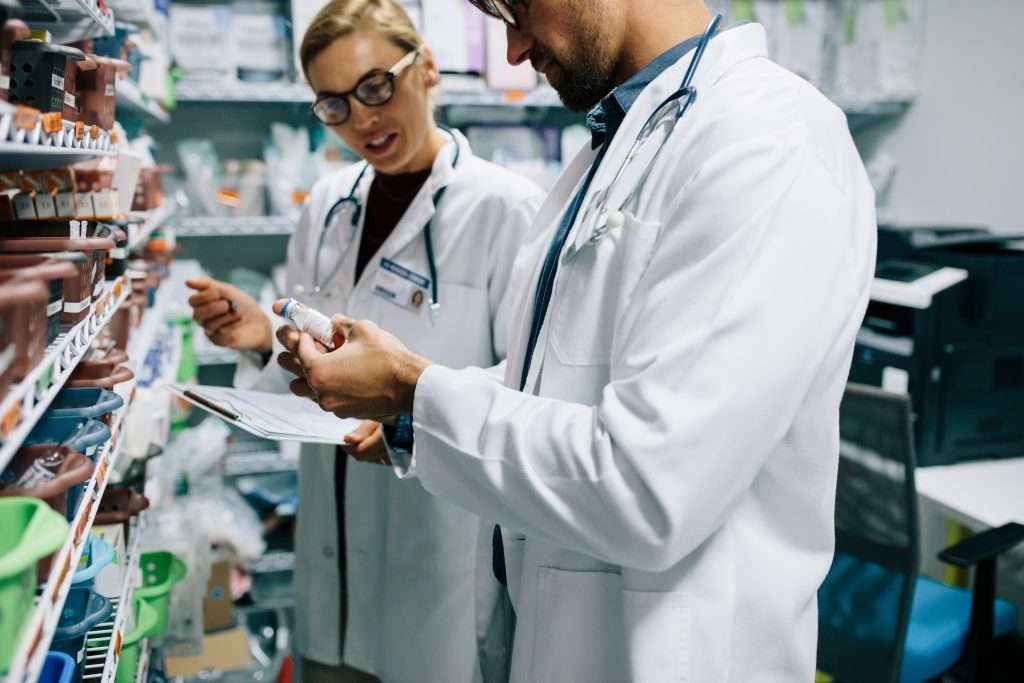 Some rare good news on the frontlines of the opioid epidemic:

Prescription opioid use dropped 17 percent in 2018, the single largest annual drop ever recorded in the U.S. market.

At the same time, researchers saw a 300% increase since 2014 in people receiving medication assisted treatment (MAT) for opioid addiction.

Americans are still taking more prescription medicines overall. There were 5.8 billion prescriptions dispensed in the United States in 2018, up 2.7% from 2017.

But the study, Medicine Use and Spending in the U.S.: A Review of 2018 and Outlook to 2023, found that prescription opioid volumes overall have declined by 43% since 2011.

Regulations enacted since that time, as well as stricter prescribing guidelines, led to  4-percent-per-year drop on average from 2012 to 2016; followed by a 12-percent drop in 2017; and the 17-percent decrease last year. The most potent and dangerous high-dose prescriptions dropped by 61% over the same period.

Just as promising is the study’s findings that use of MAT is growing.

“Our research shows new therapy starts for MAT increased to 1.2 million people in 2018, nearly a 300-percent increase compared with those seeking addiction help in 2014,” said Murray Aitken, IQVIA senior vice president and executive director of the IQVIA Institute for Human Data Science. “This is an important indicator of the effects of increased funding and support for treatment programs to address addiction.”

That funding includes a recent tranche of $487 million by the U.S. Department of Health and Human Services (HHS) to supplement first-year funding through its State Opioid Response (SOR) grant program. The awards to states and territories are part of HHS’s Five-Point Opioid Strategy, with the total amount of SOR grants to states and territories this year topping $1.4 billion.

“This funding will expand access to treatment that works,” HHS stated in a release, “especially to medication-assisted treatment (MAT) with appropriate social supports.”

Related blog: They Were Losing The Battle Against The Opioid Epidemic. Then Plymouth County, Massachusetts Revolutionized The Playbook.

As opioid use declines, other drug use increases

Unfortunately, the decrease in prescription opioid use doesn’t mean that the drug crisis is abating. Fentanyl, cocaine and methamphetamine have risen in popularity and have become complicit in many fatal overdoses. Many of the patients that we treat at CleanSlate suffer from poly-substance use and co-occurring disorders, which is why we tailor treatment programs to address the wide range of each patient’s needs. MAT programs alone aren’t a one-size fits all solution.

But the latest news still marks a promising development with an epidemic that kills roughly 130 Americans every day. While the battle against addiction will continue to evolve, signs of progress can encourage further legislation, adherence, and funding that decreases access to dangerous drugs and increases access to life-saving treatment.

CleanSlate treats patients suffering from opioid or alcohol addiction with medications and a continuum of integrated care to support each individual’s journey to recovery. If you or someone you love needs help, contact us at 833-505-4673, or visit our website at www.cleanslatecenters.com to find the center nearest you.

“Now I Can Buy Groceries!” What Insurance Coverage Vs. Cash For Addiction Treatment Means To Patients

Anthony Belott is the Chief Development Officer of CleanSlate, a leading national medical group that provides office-based outpatient medication treatment for the chronic disease of addiction, primarily alcohol and opioid use disorders.