Addiction Crisis in the Workforce: How Employers are Combating the Opioid Epidemic 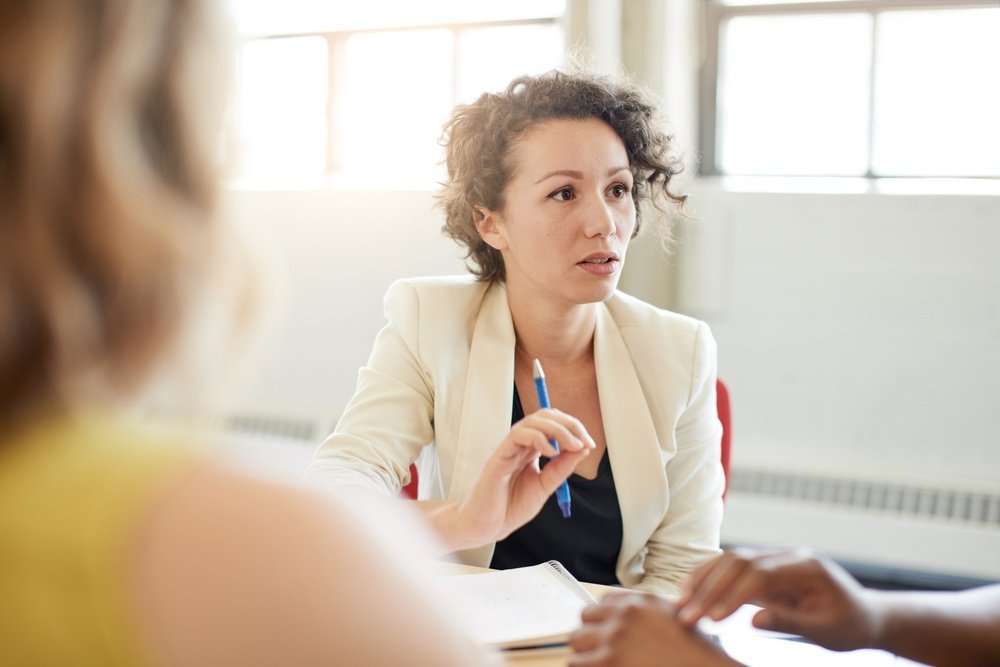 America’s workforce is being hollowed out by the opioid epidemic. And amidst the skyrocketing rates of addiction, businesses across every industry are reckoning with the best approach to protect, retain and hire employees.

The opioid epidemic is spiking costs in all of these areas for employers. In a survey by the National Safety Council (NSC), 39% of employers have experienced absenteeism problems from employees using prescription drugs. Another 29% have seen impaired or decreased job performance, 22% have experienced human resources complaints and reduced employee morale, 15% have experienced a near miss or injury, and 10% have actually had employees overdose at work. Overall, seven in 10 companies reported issues from prescription drugs.

A 2016 study by Castlight Health found that opioid use disorder (OUD) could be costing U.S. employers about $18 billion a year in lost productivity and medical expenses. The same study found that employers are paying for one-third of opioid prescriptions that end up being misused, and that employees with OUD cost employers nearly twice as much in medical expenses on average annually as employees without OUD.

The NSC has created a substance use cost calculator for employers to help companies understand the bottom line expenses they’re absorbing from opioid addiction and substance use disorders overall. The costs are real, and will only grow worse for companies that choose to ignore this problem.

Companies also suffer when the labor supply dwindles, another consequence of the opioid epidemic. Despite a booming job market, the percentage of Americans working or looking for work is at a 40-year-low; 62.4 percent as of September 2015. Last fall, Brookings published a report by economist Alan Krueger that spelled out the link between missing workers and opioid use. Krueger found that counties with higher opioid prescriptions have a lower participation in the labor force.

Mapping out the correlation, county by county, between the opioid crisis and depressed labor shortage, Krueger paints a grim view of how the country’s workforce is shrinking because of opioid addiction. As employees lose their jobs because of addiction, their checkered resumes become red flags to future employers, especially if they can’t pass a drug test. A history of addiction becomes a roadblock to find employment, even as so many businesses are desperate to fill jobs.

It’s a brutal cycle for employees and employers alike.

“I have had to let people go in literally every aspect of the business,” small business owner Paul Tawczynski told CNN. “We have also dealt with a lot of people who are going through the recovery process, and there are stages and there are relapses.” Tawczynski, whose family owns Taft Farms, said they can’t support employees when they relapse. “We have had to let some people go that you really root for and you want to make it and you can see the potential. But you also, as a business owner, can’t hold that person’s hand through the process.”

Dan Tawczynski added, I have to look at it from this standpoint: is this a person I would put on a $50,000 piece of equipment and turn loose in the field where they could wreak havoc?

Many employers can’t tolerate those kinds of risks, no matter how supportive they want to be. Across several major industries that have been heavily impacted by the opioid epidemic, organizations are banding together and coordinating a response. The defensive measures look slightly different depending upon the particulars of each industry.

For example, the Department of Transportation has long grappled with the dangers of drug and alcohol addiction within its workforce. Drug detection and testing is its top concern. Back in 1991, several major accidents involving drug use by transportation workers caused Congress to realize that public safety depended upon a drug and alcohol-free environment.

Accordingly, Congress passed the Omnibus Transportation Employee Testing Act, which called for all employees in safety-sensitive transportation jobs to be tested for drugs and alcohol. This includes employees in aviation, trucking, railroads, mass transit, pipelines, and other transportation industries. The majority of all transportation workers continue to be covered by this Act.

As the opioid epidemic has exploded, there is renewed attention on the special dangers to public safety posed by prescription drug addiction amidst public transportation workers. Recent drug testing data from the Department of Transportation (DOT) showed that the number of failed drug tests amongst truck and bus drivers, commercial pilots, railroad operators, and pipeline workers has jumped by 77% since 2006, when the opioid crisis continued to escalate.

Over recent years, high-profile accidents involving public transportation workers under the influence of drugs, including opioids, bear out the increased concern. There were more railroad workers involved in fatal accidents who had failed drug tests in 2016 than at any other time since the Federal Railroad Administration (FRA) began keeping records in 1987.

Last November, DOT modified its regulations around drug testing to respond to the growing threat of opioid addiction amongst transportation employees. Now, transportation workers must be tested for additional substances such as hydrocodone, hydromorphone, oxycodone, and oxymorphone. The guidance specifically spells out OxyContin, Percodan, Percocet, Vicodin, Lortab, Norco, Dilaudid, and Exalgo, as needing testing.

But detection of prescription drug misuse is only one part of the equation for employers. Disabusing the medication assisted treatment stigma is another to ensure our workforce receives the proper care. As noted in the piece by Bloomberg BNA, the culture, the nature of the work and the work environment of construction create a perfect storm for opioid addiction. Excessive drinking and smoking are common amidst a tough guy culture where workers fight through pain to stay on the job. Excessive injuries on the job lead to lengthy prescriptions for painkillers, which can lead to addiction.

North America’s Building Trades Union recently established a task force to research how to address the problem of opioid addiction within the construction industry. The organization is working with local unions to educate members on the prevalence of the problem within their industry and to destigmatize addiction so that members are more likely to seek help.

Some unions are presenting members with suggestions for alternative pain management approaches, such as acupuncture and physical therapy, and limiting the quantity of opioid prescriptions covered by their insurance. Other unions are adjusting their drug testing protocols to allow members to return to work sooner even if they haven’t shown a clean test for 30 days, as long as they’re following a treatment plan. Still other unions are more thoroughly vetting rehab programs and making it easier for members to get treatment despite long and often costly stays.

Unions are also seeking justice. In Philadelphia, as just one example, where local unions lost eight members to addiction in 11 months, five area unions are joining a wave of litigation against opioid manufacturers.

At a recent conference sponsored by the National Business Group on Health (NBGH), an association of large employers, Surgeon General Jerome Adams called on employers to “step up” to combat the opioid epidemic.

“As employers, you already understand that the health of your employees has an impact on your bottom line,” said Adams, as reported by the Society for Human Resource Management (SHRM). “My challenge to you is to think about how you can impact health beyond the walls of your office, beyond the factory.”

Many big employers are heeding this call. A 2018 survey conducted by NBGH found that 80% of big employers are concerned about misuse of prescription opioids and that many are taking steps to address the opioid epidemic.

Noting the particular problem of prescription drug use, the NSC recommends that all companies take the following steps to protect themselves and their employees:

A survey by the NSC found that 70% of all U.S. companies and 90% of Fortune 500 companies have established Employee Assistance Programs to help workers struggling with substance use disorders.

A new report by the Kaiser Family Foundation showed that large employers spent $2.6 billion to treat opioid addiction and overdoses in 2016, an eightfold increase since 2004. This includes the treatment of employees’ children. The report found that spending on opioid addiction cost companies and workers about $26 per enrollee in 2016, with average inpatient expenses for opioid addiction treatment totaling $16,104 per year in 2016, up from $5,809 in 2004.

When it comes to treatment for opioid addiction, Surgeon General Adams stated that he hears from many employers who are concerned about “fly by night” programs that aren’t evidence-based. “We’re working to help you understand what is evidence-based, and I’m asking that you work with me to make sure once you know the criteria that you pay for [effective treatments] for your employees,” Adams said.

For employers and employees alike, outpatient medication treatment – utilizing medications such as buprenorphine (e.g., Suboxone) or naltrexone (Vivitrol) – is an increasingly compelling treatment approach. Medication treatment has been deemed by the medical community, including leaders such as SAMHSA and ASAM, to be the gold standard for care. Mounting evidence reinforces the importance of treating the brain disease of addiction medically, as other diseases are. Ideally, medication is supported by other forms of care surrounding any issues that might accompany an individual’s addiction and which must be addressed as a part of their recovery. Beyond the paramount concern of whether a treatment program is successful, the costs of outpatient medication treatment – such as the approach by CleanSlate –  come at a fraction of the expense of inpatient rehab. Costs are further reduced to employers by the fact that medication treatment is practiced in an outpatient setting, so an employee’s job doesn’t have to be interrupted to accommodate long stays at an inpatient setting.

Employers are heavily impacted by the many costs of the opioid epidemic. Improved education, coordination, prevention, and treatment options are an essential step forward if companies are to protect their employees and their own bottom lines.

CleanSlate treats patients suffering from addiction with medication and a continuum of care that addresses the full scope of their recovery. If your company would like to learn more about how CleanSlate provides successful treatment for employees, contact Anthony Belott, Chief Development Officer of CleanSlate, at abelott@cleanslatecenters.com, or visit our website at www.cleanslatecenters.com